Introducing Depresh Mode with John Moe: Joel Kim Booster Is In A Pit 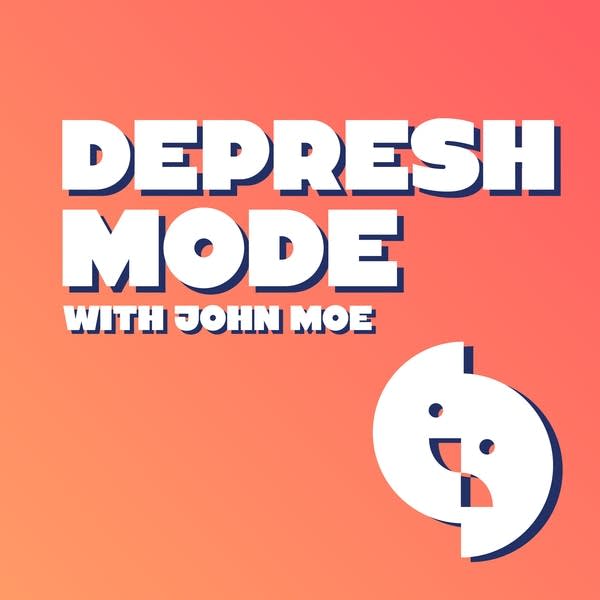 Introducing Depresh Mode with John Moe: Joel Kim Booster Is In A Pit

It's tempting to try to look for a reason why Joel Kim Booster, ordinarily a very funny and engaging person, feels dead inside, trapped in a persistent depressive state. His father recently died of COVID. The two hadn't been very close (Joel's dad was a conservative Christian, Joel is a gay Hollywood star) but were beginning to reconnect. You could point to the pandemic, which left Joel in an apartment he doesn't like for extended periods.

But it's just as easy to point to things that aren't especially depressing about Joel's situation. He's got movie and TV deals, he's taping an hour-long Netflix special, he has recently fallen in love, and he's doing well enough that he's about to buy a house.

The truth is that any of those factors might influence Joel's mood and behavior but depression isn't simple enough to be routinely caused or prevented by one's fortune in the rest of life.

Depresh Mode host John Moe says this interview is the strongest representation of what depression is like that he's done in all his years of interviewing people on the subject.

Thank you to all our listeners who support the show as monthly members of Maximum Fun.

Hey, remember, you're part of Depresh Mode and we want to hear what you want to hear about. What guests and issues would you like to have covered in a future episode? Write us at depreshmode@maximumfun.org.

Help is available right away.

The Depresh Mode newsletter is available twice a week. Subscribe for free and stay up to date on the show and mental health issues. https://johnmoe.substack.com/